How We Squashed Our Unsubscribes By 90% (REAL EXAMPLES)

Churn, as in many cases and as well in mailing lists, is a huge pain.

You can work as hard as you want on your content and on your distribution, but if your bucket is leaking and you are bleeding subscribers with every email you send, you should take this as seriously as you’re taking your growth rate.

After all, reducing churn serve the same growth KPI as increasing subscriber rate. 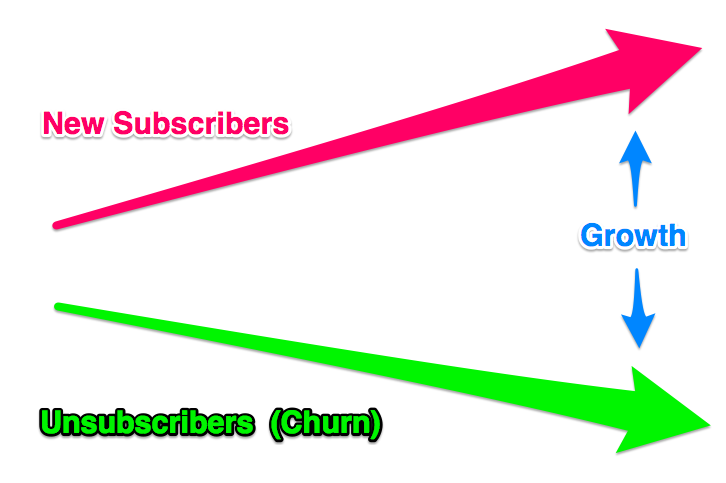 So we’re taking our unsubscribers as seriously as our subscribers.

We try to provide our subscribers with the best actionable content, so there’s no better way for us to learn how to improve than to ask our unsubscribers for honest feedback.

“Why did you unsubscribe?”

This is how to bring back unsubscribers to your email list: 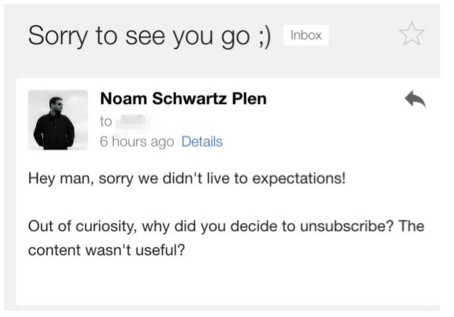 I just reached out to one of the subscribers that decided to check out. I asked him like a human being and not as an automatic voice.

In this case he didn’t even know he unsubscribed! 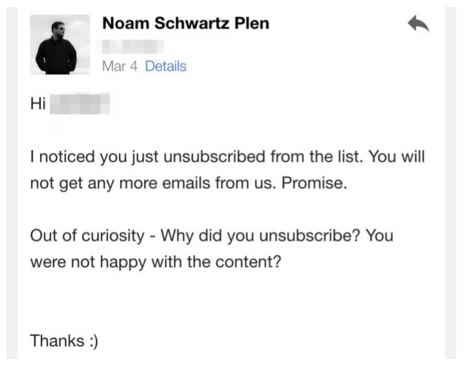 This user apparently only subscribed himself to the list for getting one of our freebies.

However, the personal and authentic interaction pushed him to become a real subscriber that is also invested in what we have to say. 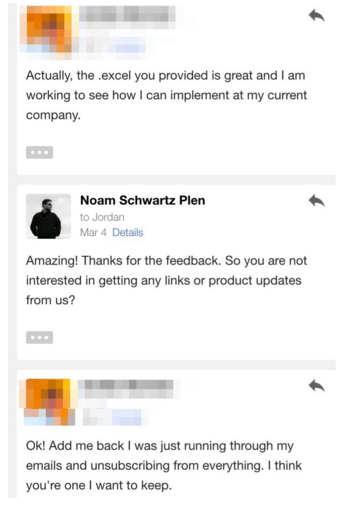 Another point to take into account is that even if you won’t succeed in convincing people to come back to your list, the feedback you’re getting from your subscribers that cared enough to unsubscribe, and are willing to share with you the reasons is priceless.

So to sum things up –

Reducing subscriber churn will benefit with the same increase in growth as succeeding in improving your CR or content engagement.

People want to be treated as human beings and not as “users” or “subs”.

The best way for you to improve is by talking to people who tried your product and decided they don’t care anymore. They will provide the best authentic feedback.

Getting these people to care again will make be better at what you do.

So go ahead and win your unsubscribers back right now. They will eventually become your most loyal users.

Did you enjoy this post?
Get the best practices to grow your online business, once a week, right to your inbox.
If your friends didn’t share this already, now is the time.

Marketing & Business Development @ Similar Web. CEO @ Tapdog, Moolta.
We also do deliveries.
Get the best practices to grow your online business, once a week, right to your inbox.